The exhibition is loosely inspired by the outdoor shows put on by the Supports/Surfaces group in southern France from the late 1960’s to mid 1970’s. Not a lot has been published on this group in english. The group primarily focused on the material components of painting (hence the name) with a deconstructive approach. Yet the movement was heated by the revolutionary atmosphere of France in the late 1960’s, on this member Dezeuze says, “our movement was also a movement of revolt, social as well as esthetic... Supports/Surfaces was looking for a means of revolting against the art world and the world in general without having to make anti-art.”
---
We don't see our project as being especially concerned with revolt but rather we are inspired by the fact that, in the process of their rebellion, these artist turned to unorthodox outdoor locations to exhibit their work. In an article by Raphael Rubinstein he quotes an excerpt from Supports/Surfaces' member Patrick Saytour’s list of potential sites where members should place their works: “a forest, a public beach, a stretch of water, a wall, a dry riverbed, a stone quarry, a village square, a street, an art gallery, a creek, and a barn.” (And to this list we will add an abandoned sports field in North Rotterdam) In effect the group not only extended painting into sculpture but into the city and nature. It is precisely this expanded definition and parameter of art that we would like to experiment with and arrive at in the group exhibition.

The project offers the possibility of inserting art into the mundane in order to find different ways to engage with and comprehend art, not necessarily alternative but rather complimentary to museums and galleries. Conversely, artworks themselves might not find the field so banal.

Furthermore, this project takes the opportunity to compose a group of artists that live in, have lived in, or are related to Rotterdam and that have mutual concerns / interests / affinities. The project aims to bring those people together to work, think and act together in the city by activating public and semi-public spaces with exhibitions.

Rotterdam is a city which was renewed more or less 70 years ago, thus a child city, which lacks a certain balance, has a strange fluidity and needs people to re-appropriate its public space beyond functional uses. Nevertheless those issues have created a positive reaction as of making its inhabitants constantly think about how Rotterdam could be
'More than This'.
Inviting people to take their bike on an autumn day to an abandoned football field remote from the city center to look at an exhibition seemed like a good idea.

---
What if random fluctuations triggered
a phase transition whereby the inflaton field released its potential energy?
---
We like to think that we are making a new game, in the line of the soccer game 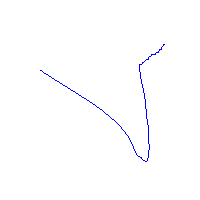